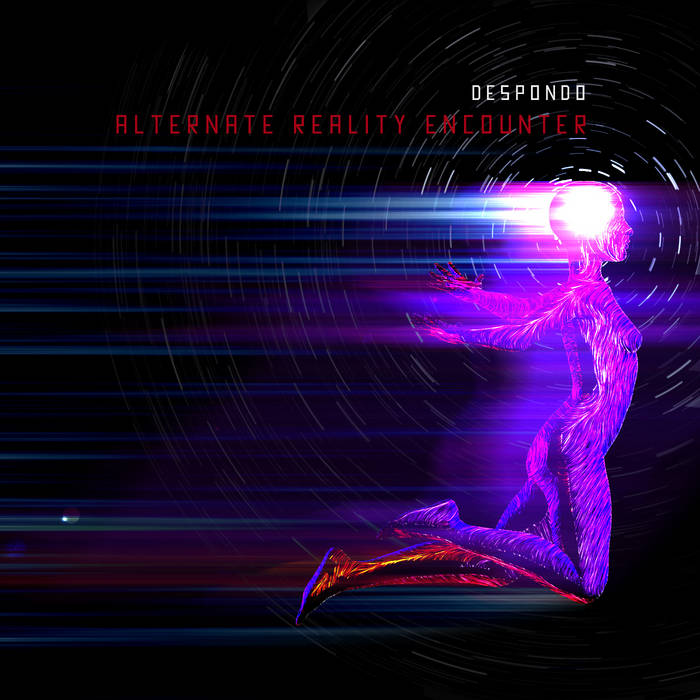 A planetary archaeological team is summoned to a distant planet where it is believed that an ancient race of beings lived shortly after the formation of the universe. Once there, they uncover the remains of this Unfound Civilization located far away from the cities of the planet.

When exploring the ruins, the team stumbles upon what seems to be a tomb, filled with The Dust Of Souls Lost. As they struggle with the enormity of documenting and recording the dig site, they are visited by something left behind from this realm.

They have an Alternate Reality Encounter with this being, who surprises them and flees the excavation toward the most populous city on the planet. The team gives chase, but arrives too late.

The city begins to have a Systematic Breakdown of technology and communication. The team believes the entity has caused this to happen, merely by its presence. Knowing they have little time to spare, the team mobilizes and forms a search party to try to find the entity and find out the source of its power over the technology. Meanwhile, we discover that the entity is in fact the last remaining member of its species and wants nothing more than to survive.

Hiding in a Viaduct on the outskirts of the city, the entity, known only as L3X33-99 notices a new threat advancing on her position. The planet's specialist tactical force has mobilized and is tracking down its quarry with weapons drawn. L3X33-99 scrambles to escape and finds herself at the base of the surrounding protective wall that divides the city from the deadlands, keeping it safe from the ancient plagues of man.

She decides to climb the wall, as it is her only escape, and finds herself At The Precipice Of Indecision.

Faced with certain capture and possible death, L3X33-99 decides to take her chances in the deadlands and goes Over The Wall as the tactical force advances. The pursuers follow her up and over the wall, with the archaeological team close behind. The two teams finally meet on the other side of the wall, where the scientists attempt to persuade the military team to stand down in order to find and study the being. The tactical team ignores the scientists' pleas and forges ahead, bent on capturing, or killing the unknown provocateur. Meanwhile, L3X33-99 has put some distance between her and her chasers.

She now finds herself in the presence of the Fallen Giants. Enormous trees, taller and more massive than any known man-made structure, have fallen and litter the landscape; victims of the plagues and wars of old. As she pauses to measure her chances in this wasteland against her pursuers, she is suddenly struck from afar by one of the weapons. She races away as fast as she can, but the tactical team has caught up and shows her no mercy.

The archaeological team watches in horror at The Murder Of L3X33-99 takes place before their eyes. Too outnumbered and outgunned, they have no recourse as this ancient being is slaughtered in front of them. They finally reach the site of the kill as the tactical team collects evidence and communicates back to base with their status. As the L3X33-99 lies contorted and mangled on the ground, the power slowly starts to return to the team's devices. The leader of the archaeological team drops his equipment in disgust and resignation, but the ground suddenly begins to shudder and shake. Both teams grab onto anything they can, to keep from falling over, and watch in amazement as L3X33-99 rises up before them.

She speaks to them in strange tones, which somehow gets translated by their universal translation devices. "This was our planet for 4 billion years, before you showed up to terraform it. We had no choice but to go into hiding in hopes you would leave us alone and eventually leave. Unfortunately, you did not. As a result all of us had died except for me. Now I rise to join my companions in death and their Levitation Of Souls. May you learn from this and spread peace among the stars. This is my Message to you."

And with that, her figure erupted in the brightest of light and ascended to the stars.

Bandcamp Daily  your guide to the world of Bandcamp

New sounds from Mavi, Ivy Sole & Moderator, plus AJ, the One joins the show, for her latest release